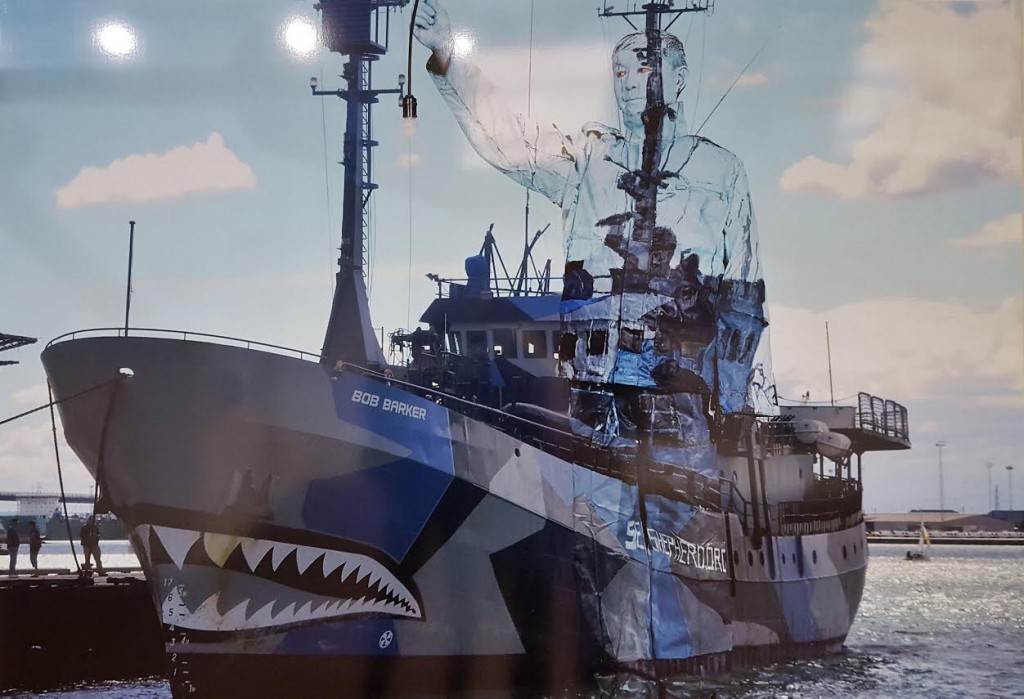 [London] Liu Bolin and his « Hacker series » at the MD Gallery

Liu Bolin, the Chinese artist who gained global visibility through becoming “The Invisible Man” returns with a new show – saying he now wants to be seen to shed some light. But is he illuminating?[rating=4]

French version of the article, here.

Photographic artist Liu Bolin obtained global attention with his long-running series Hiding In The City where he painted himself to blend in with various environments, thus becoming a human chameleon, disappearing into the image. He first used the technique to draw attention to the destruction of an artists’ community by the Chinese authorities but has since moved on to less overtly political work that has used Venice, New York, London and Paris. He’s done a promotional performance at the Rencontres d’Arles and he’s even done a TED talk. So, after a decade of making himself disappear into the background, what is he doing now?

Well, the same but different. In The Hacker Series, he has ‘hacked’ images from websites, camouflaged himself to blend in with them and then re-inserted the images where they came from. And there’s something else. Although he himself is almost invisible, in each image he is dangling a shining light bulb, so easier to find. He says that he is thus becoming “an art whistleblower trying to raise the awareness of people about the power of images”.

These images include two websites of organisations to protect marine life, a pharmaceutical company, the French National Assembly, the French Consulate in London, a Paris cultural centre and a German ironworks which is a World Cultural Heritage site. The photographs are exhibited beside blow-ups of the web pages.

The execution is stunning. The way he blends into a bewildering mass of sharks’ fins or the National Assembly makes you look more than twice. But what is it he is saying? He claims that “I challenge the power of the images, changing the original ones. It is an attempt to start a war against the images”. Close examination reveals that the images are of very high resolution – far better than any picture from a website. On closer questioning it turns out that this was a “friendly hacking” where the participant websites were asked in advance and agreed to provide the original images to be projected and re-photographed with Bolin in front of them and then re-inserted. So, in fact, an art collaboration rather than hacking.

Looking around the exhibition it is hard to understand why these particular images are ones that need challenging or how much of a ‘war’ it is when full co-operation is involved. Likewise, what light he is shedding remains as unseen as the artist himself. The overall sense is that perhaps the Emperor’s invisible clothes are now full of holes.

The Hacker Series is at the MD Gallery, 61 Charlotte Street, London W1, UK until 7th October
open from Tuesday to Saturday from 11am to 7am