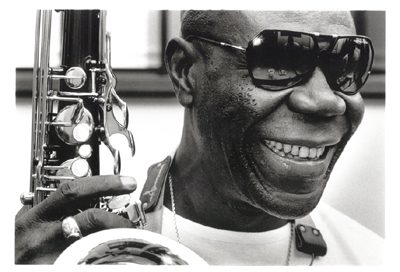 COVID-19 does not discriminate. Nearly 500,000 people across the world have contracted the virus, including some of the world’s most celebrated actors, musicians, other cultural figures

One of the first celebrities to announce that they have Coronavirus was the American actor Tom Hanks, along with his wife Rita Wilson, an actress and singer-songwriter. On March 12th, Hanks, known for his role as Forrest Gump, said on Instagram that he and Rita had the virus and urged people to follow the advice of experts.

Hello folks. @ritawilson and I want to thank everyone here Down Under who are taking such good care of us. We have Covid-19 and are in isolation so we do not spread it to anyone else. There are those for whom it could lead to a very serious illness. We are taking it one-day-at-a-time. There are things we can all do to get through this by following the advice of experts and taking care of ourselves and each other, no? Remember, despite all the current events, there is no crying in baseball. Hanx

Opera singer Plácido Domingo announced on Facebook on Sunday, March 22th that he also had a case of COVID-19. The 79-year-old Spanish performer urged people to do their part in stopping the spread of the virus, like staying home.

The Fast and Furious actor Idris Elba tweeted on March 16th that he had tested positive for Coronavirus, but wasn’t exhibiting any symptoms.

After a week of exhibiting symptoms French Actress, Olga Kurylenko said that she was diagnosed as well. The action-film star urged her fans to take the epidemic seriously.

Daniel Dae Kim, known for his part in Hawaii 5-0, posted on his Instagram on March 19th, announcing that he has Coronavirus. Kim, who posted from his home, says that it seems like he will be fine.

Hi everyone- yesterday I was diagnosed with COVID-19, the disease caused by the coronavirus. Looks like I’ll be ok, but I wanted share my journey with you in the hopes that you find it informative or helpful. Hope you all stay safe, calm, and above all, healthy.

Shortly after he was sentenced for 23 years in prison for rape and sexual assault, film producer Harvey Weinstein was found to have COVID-19. The 68-year-old was placed into medical isolation in New York’s Wende Correctional Facility.

The British heir to the throne Prince Charles tested positive for coronavirus on March 25th after showing mild symptoms. The 71-year-old is self-isolating with his wife in Scotland.

Prince Albert II of Monaco and the EU chief Brexit negotiator both announced that they are infected with the virus.

Floyd Cardoz, winner of the season US television series Top Chef Masters passed away on March 25th. The 59-year-old chef tested positive for the novel Coronavirus.

African music legend Manu Dibango died at the age of 86-years-old due to complications with COVID-19. The saxophonist was widely known for his 1972 hit “Soul Makossa.”

American playwright Terrence McNally died on March 24th from complications from Coronavirus. The 81-year-old Tony-Award winner wrote “Ragtime,” “The Full Monty,” and Anastasia among many others.