Cinema > A l'affiche > Isabel Sandoval, director of « Brooklyn Secret: » « Prejudice and oppression has become part of the daily reality »
A l'affiche 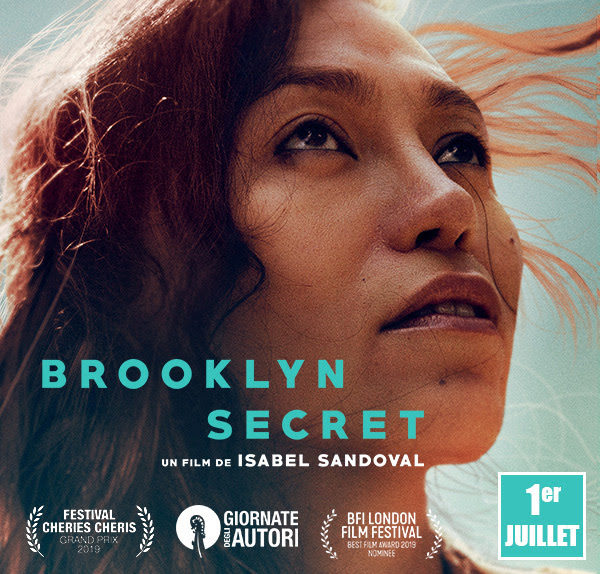 Isabel Sandoval, director of « Brooklyn Secret: » « Prejudice and oppression has become part of the daily reality »

Originally planned for release on the 18th of March on the French screens, Isabel Sandoval’s profound movie about the Filipina help of an old Jewish lady facing many political and identity questions in Brooklyn finally comes out on the French screens on the 1st of July. A preview is organized to take place at the Grand Action in Paris on the 23rd of June. Interview with Isabelle Sandoval, the director of Brooklyn Secret.

How much of yourself and your own transition did you put in the scenario? And in the acting?

In terms of narrative, the similarity between myself and Olivia ends with both of us being transgender Filipina immigrants living in Brooklyn. Regardless, Brooklyn Secret is still very much a personal project in the sense that I channeled much of the anxiety and vulnerability I felt in the first few months after Trump got elected in both my performance and portraying the milieu that Olivia lived in. I can say that the mood and tone of Brooklyn Secret is a faithful distillation of my state of mind while I was making it.

In the end, Olivia has two secrets… the transition and her illegal status. How did you create echos and connections between these two secrets?

I write characters that exist within a particular sociopolitical reality or milieu. And, fleshing out a character who’s a minority in present-day America, given the political climate, means acknowledging matters like race, gender, and immigration status. That said, although I acknowledge how such factors materially affect their realities, I don’t reduce characters to these markers of identity. I try to delve deeper into their complexities and idiosyncrasies, especially Olivia. Sure, she may be an undocumented Filipina transwoman, but she’s not just THAT. In the same way, Brooklyn Secret may touch on social issues but, beyond politics, it is simply human. She is taking care of an old Jewish lady.

Is Brooklyn still a « melting pot? »

Very much so. And Brooklyn is part of New York City, which is the ultimate melting pot. It’s a metropolis where immigration is such a significant part of its history and character – since the 1600s. So it was very important for me that Brooklyn Secret depicted immigrants of different generations and backgrounds. It’s the kind of detail that makes New York authentically New York.

Alex is working with meat, and Olivia, helping Olga to fix herself; There is something very concrete, almost materialistic. What did you want to show or to imply with this strong materiality?

There’s a certain intimacy to these images that can either be harsh or sensual because of how visceral and raw they are. I think it imbues the film with a texture of realism that’s also lyrical and delicate. Ultimately I think any image has a potential for sensuousness.

A « love story » is possible nevertheless… true? Is it love?

I think the connection between Alex and Olivia arises from their shared sense of isolation: Alex’s troubled past has isolated him from family, while Olivia’s displacement is political due to her immigration status. They manage to find in each other some measure of emotional support even though they’re still navigating the complex, ambivalent feelings that arise from a cisgender man who was raised in a macho culture finding himself attracted to a transgender woman. It’s particularly difficult for him because he doesn’t have the emotional maturity and sophistication first to comprehend his feelings, let alone verbally express them. Love is never simple or clear-cut, at least not in my films. Is the political aspect of the movie even stronger now than one year ago? From a French perspective, it would seem so… The political aspect has definitely escalated, especially with regard to trans rights. Just a few days ago, the Trump administration reversed healthcare protections for the trans community. And if they go after the trans community with impunity, what’s stopping them from targeting other minorities next? What’s even more troubling is that prejudice and oppression have become part of the daily reality that has become normalized. Trump needs to be voted out of the White House in November.

The movie achieves a strong link between the spectator and the inner life and dreams of Olivia. How did you convey these solitary dreams with images and often no dialogue?

Lust and desire are such primal human instincts. I want to express them in purely visual terms. I feel like adding dialogue is both distracting and unnecessary. That’s actually an idea that I want to push even further and more riskily in my next film: portraying such primordial emotions, like ecstasy and heartbreak, with the minimum of image and sound; The expressive power of minimalism.

Can you speak a little bit about the photography?

When you read the premise of Brooklyn Secret, particularly as an entry in modern Philippine cinema alongside works by Brillante Mendoza, it’s tempting to expect a gritty, neorealist film. I’m attempting something different – an alternative third-world sensibility, so to speak – where a film that touches on social issues like immigration and gender issues can be lyrical, seductive, and moody, which dictated the visual feel of the film. There’s a certain delicacy in the composition, lushness of color, and languor in the rhythm to achieve what I think is a sensual political film. Credit must also be given to Isaac Banks, the talented cinematographer of the film. 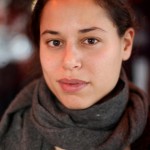 Isabel Sandoval, director of « Brooklyn Secret: » « Prejudice and oppression has become part of the daily reality »