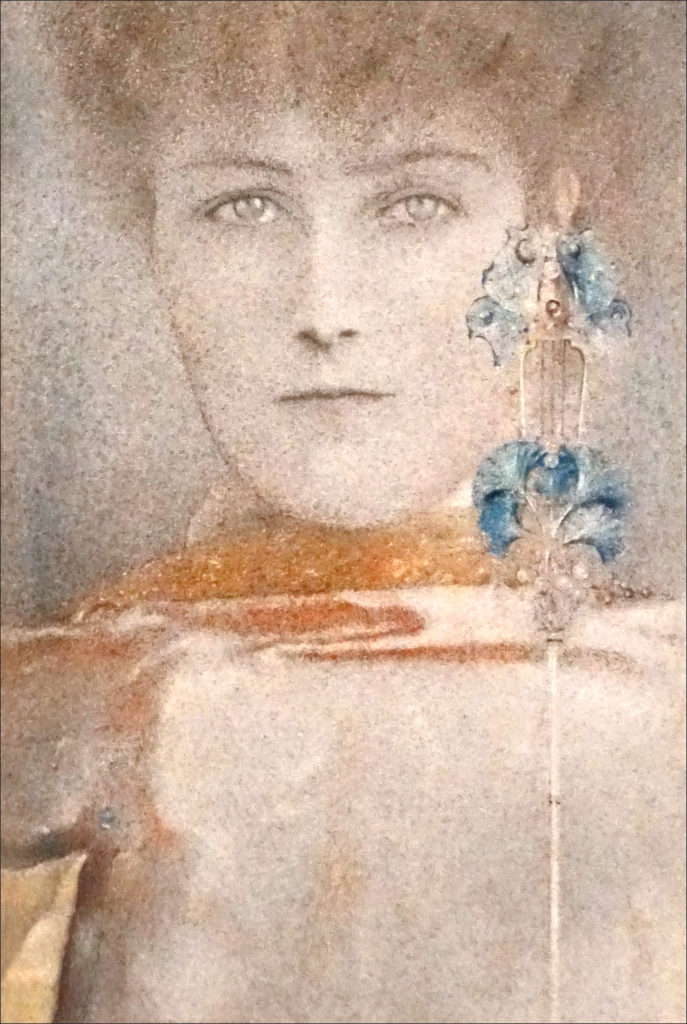 Soirée Paris Musées OFF: Fernand Khnopff and the Enigma

It was an evening for the curious, for those who chase the mysterious, who embrace the moment and flow with the night. With just enough surprises to fill the room with a hint of uncertainty, the only thing guests could be sure of at the latest Paris Musees OFF was that they were in for an unforgettable evening. 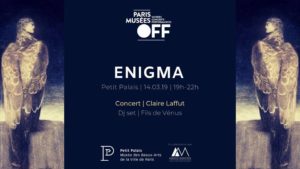 It was the last weekend for the exhibition of artist Fernand Khnopff at the Petit Palais, and the museum was determined to send Khnopff’s first Paris exhibition in over 40 years off with a bang that would have made the master of enigma proud.

The palace was filled with purple lights and animal skins. A table of human skulls and stuffed animal statues stood above a cow-skin rug. DJs Fils de Venus were less players of the music than they were creators of the atmosphere that pulled every person that walked through the doors closer to the action.

Although if the music didn’t irresistibly draw the crowd, the surprises did. A pair of dancers in cheetah print bell bottoms and a matching bodysuit offered a spectacle of flexibility, twisting their bodies until they blurred the line of what was human, a common theme for Khnopff’s artwork–not to mention the human head and cheetah body of the dancers couldn’t help but remind the room of « The Sphinx or the Caresses. »

While Khnopff lived in somewhat secrecy and invited only a select few into his home, at this soiree all were welcome to peer into the life and work of the master of enigma, who preferred to observe more than explain. The guests did the same, as the only way to enjoy the evening was to place expectations aside and follow where the evening led. It led many to a long line for a fortune teller, others to a booth of temporary mountain lion tattoos, and others to the courtyard for a stroll and a drink. There were no explanations, but there didn’t need to be. After all, if anything was explained, it would not have been a Khnopff party.

After being immersed in the aura of mystery, guests were ready to explore the artwork of the master himself. Several rooms of statues, paintings, and quotes from those who knew and studied him allowed viewers to better understand the enigma–that is, understand that it was never meant to be understood. « Stuffy » was a word that could be found in many of the rooms, describing Khnopff’s critics and his bourgeois peers, but this was no place for the stuffy. This was a place to learn of Khnopff’s fascination with the god of sleep Hypnos and watch it manifest throughout the artwork and the evening. If this evening had a god, it would be Hypnos, although no one was ready for sleep.

The evening saved the most attended and anticipated event for the grand finale, a concert by French artist Claire Laffut. The drums sounded like a jungle that could be heard from the courtyard, where Laffut’s hypnotizing voice coaxed guests inside. If the Petit Palais aimed for an air of seduction, they hit the bullseye.

It was a concert. It was a party. It was an exhibition. It was impossible to define in one word. It eluded all basic definition, but for the crowd it drew, this was not a problem. As his exhibition stated, Khnopff believed that « the greatest happiness is neither questioned nor distracted by anyone. » The Petit Palais put that to the test, and Paris passed with flying colors.