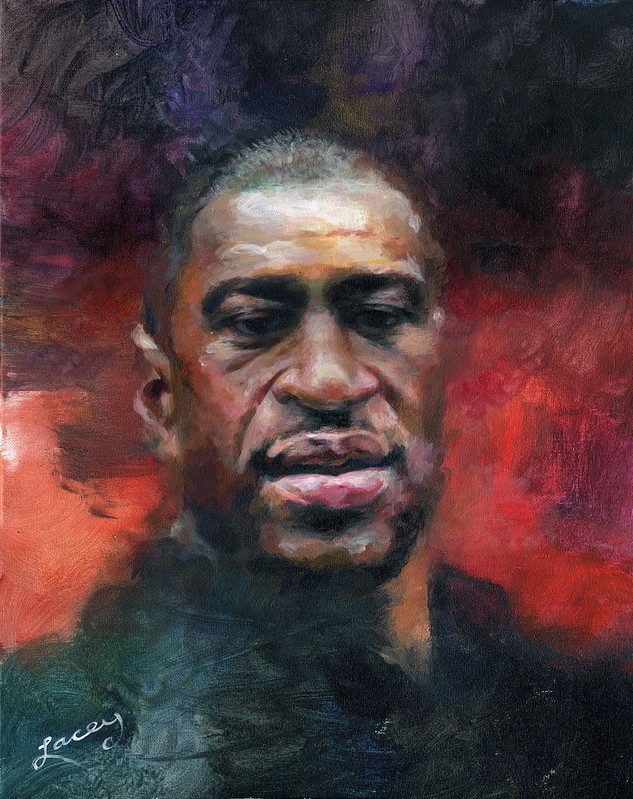 The murder of George Floyd prompts cultural and mediatic activism

George Floyd, a 46-year-old African American, was murdered by police officer Derek Chauvin on May 25, 2020. Floyd was under arrest for what was suspected to be counterfeit money in Minneapolis, Minnesota when Chauvin knelt on Floyd’s neck for nearly nine minutes.

“I can’t breath,” said George Floyd in the moments leading to his death. The murder by the white police officer was the final provocation. Activists, not only in the United States, but all across the globe, are chanting, painting, and plastering the words “I can’t breath” into existence. The movement, led by the organization Black Lives Matter, continues to mobilize people in the fight against racism through protests and social media, where people are finding creative ways to address the pivotal issue.

There are obvious ways to mobilize: donations, petitions, demonstrations, and the other various tactics employed during social movements throughout history. Less common forms of activism such as hacktivism have emerged as a result of the death of George Floyd. Likewise, artists are using their work as a platform, and people are finding creative ways to give back to the black community.

The African-American Filmmaker, Spike Lee released a short film titled, 3 Brothers  The film, lasting just over a minute and a half, draws ties between the death of Eric Garner, another black man choked to death by American Police in 2014, George Floyd, and Radio Raheem. Radio Raheem is a fictional character from Lee’s film Do the Right Thing,  in which Raheem dies from police violence.

The officer responsible for the death of Eric Garner was never charged for suffocating Garner, who, like Floyd, gasped the words “I can’t breathe” in his final moments.

One figure that emerged in the wake of the death of George Floyd was Anonymous, a group of unknown hackers that targets abuses of power. Anonymous is suspected to be responsible for the DDoS (Distributed Denial of Service) attack on the Minneapolis police website. This type of cyber-attack overloads the website with activity until it stops working. Anonymous also threatened to expose more wrongdoings by the Minneapolis police department.

Other instances are being linked to Anonymous, such as the leak of compromising information against President Trump. The leak includes documents linking Trump to a child-trafficking ring.

Despite the worldwide presence of COVID-19, activists who cannot attend physical protests are taking to social media to bring awareness to Black Lives Matter and the plague of police brutality. One YouTuber published a video that allows people to donate to Black Lives Matter with no money. The ad revenue generated by streaming the video is donated to various organizations such as Black Lives Matter, George Floyd’s Family Gofundme, and bail funds for protestors.

On Instagram, an illustration of George Floyd by the user @shirien.creates went viral, as people shared the artwork to their own profiles and stories. @Shirien.creates shared illustrations of protesters and Breonna Taylor, a black woman killed by police officers in March.

Yesterday, in yet another act of anti-black police violence causing mass outrage, George Floyd yelled “I can’t breathe” and pleaded for his life as a white Minneapolis police officer violently pinned him down with his knee on his neck. George died after. He was murdered in broad daylight. His death is reminiscent of the death of Eric Garner. Even with a crowd yelling at him to stop and while folks filmed the murder, the cop did it anyway, showing the massive injustice, zero accountability and white supremacy embedded in the “criminal justice” system. Heartbroken, angry and disgusted. This must end. Much love and solidarity to Black communities grieving another beautiful life lost. May George Floyd Rest in Power. Text ‘Floyd’ to 55156 to demand the officers be charged with murder. You can also call Mayor Jacob Frey at (612)-673-2100, DA Mike Freeman at (612)-348-5550 and demand justice. #blacklivesmatter #georgefloyd #icantbreathe #justiceforgeorgefloyd

Another Instagram illustrator, Courtney Ahn, used her platform to create « A guide to white privilege, » which educates white people on how to be effective allies to the black community.

I’ve had this series idea in my mind for quite a while now…so here it is! As a Korean-American, I can’t speak to the unique experiences of other marginalized groups in the US, but as a fellow minority I empathize with your hardships, acknowledge your struggles, and will continue to amplify the voices of all POC ? UPDATE: turning off comments as the amount of conversation here is blowing up my alerts and the amount of mental effort required to keep up with everything has been very straining, as well as the conversation here is quickly turning aggressive and derisive for everyone. Please DM me if you have specific concerns/questions about the series(but please do a google search first)! Please see my repost rules highlight before sharing ?? ?? #blackhistorymonth #whiteprivilege #privilege #checkyourprivilege #racialequality #illo #illustration #digitalillustration #procreate #illustrator #illustratorsoninstagram #draweveryday #sketchbook #digitalart #drawingoftheday #ladieswhodraw #womenwhodraw #pdxillustrators #illustratorsoninstagram #womensupportingwomen #feminist #designer #womanownedbusiness #portlandartist #womenofillustration #femaleillustrator #femaleartist #womanartist #femaleartists #womenartists

The recent forms of cultural and mediatic activism show that one does not have to leave their home to make a statement about the ongoing issue of police brutality in America. Each day, creative people are finding new ways to continue the imperative fight for black lives.

The murder of George Floyd prompts cultural and mediatic activism