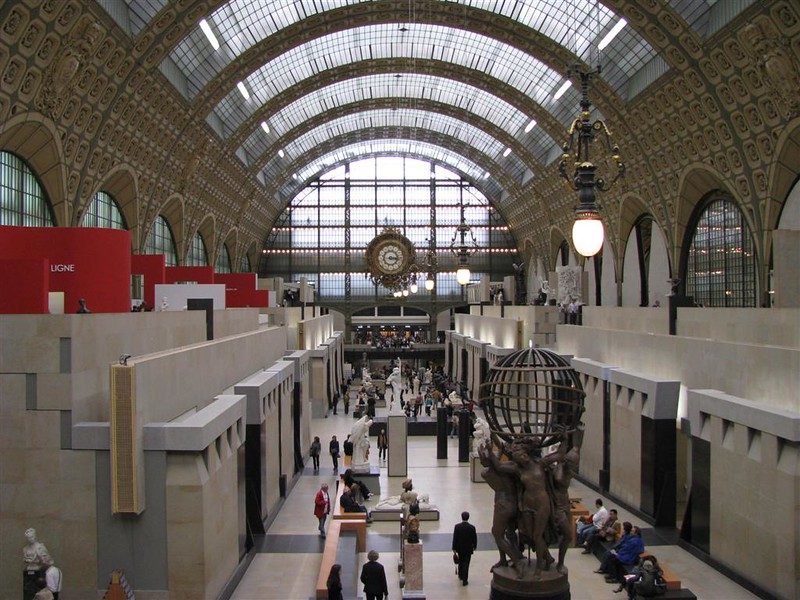 Paris’s Musée d’Orsay announced on March 5th its grand expansion plan, “Orsay Grand Ouvert” or “Orsay Wide Open” in a press release. The expansion frees space within the building, originally a train station from the 19th century, to be open to the public. The exterior architecture will remain untouched. The improvement is made possible by a generous donation of € 20 million from an anonymous American donor via the non-profit organization American Friends of Musée d’Orsay.

The objective of this expansion is to create more public spaces for learning, research, and of course, displays within the existing boundaries of the Musée d’Orsay. They plan to use the area currently occupied by administrative offices to incorporate centers for education and international research. The space will also help to accommodate the massive donation from American art collectors, Marlene and Spencer Hayes, of over 600 pieces. This renovation of 13,000 square feet is expected to be done in two phases and finalized in 2026.

The first phase of the project is committed to the construction of the centers for education and international research and resources. The Education Center plans to cater to children, school groups, and families with the use of digital technology following the model of other European and American museums. The Research Center will be open to students and researchers around the world and will provide access to the museum’s archives. The opening of both centers is projected for 2023-2024.

A new wing will be added to the Musée d’Orsay as the second phase of the project. The New Wing, the South Wing which is currently used as office space, will display the museum’s Impressionist and Post Impressionist collection. The exhibition showcasing works from names like Monet, Vuillard, Van Gogh, and others is expected to be open for the public 2025-2026.

Due to the ambitious nature of the expansion, the Musée d’Orsay is actively seeking additional private funding.

Laurence des Cars, the President of Les Musées d’Orsay et de l’Orangerie, says that “Orsay Wide Open” will help to achieve the museum’s principal objective of providing visitors with a comfortable and educational experience that enhances their understanding of not only the museum’s collection but also of art history and culture at large.