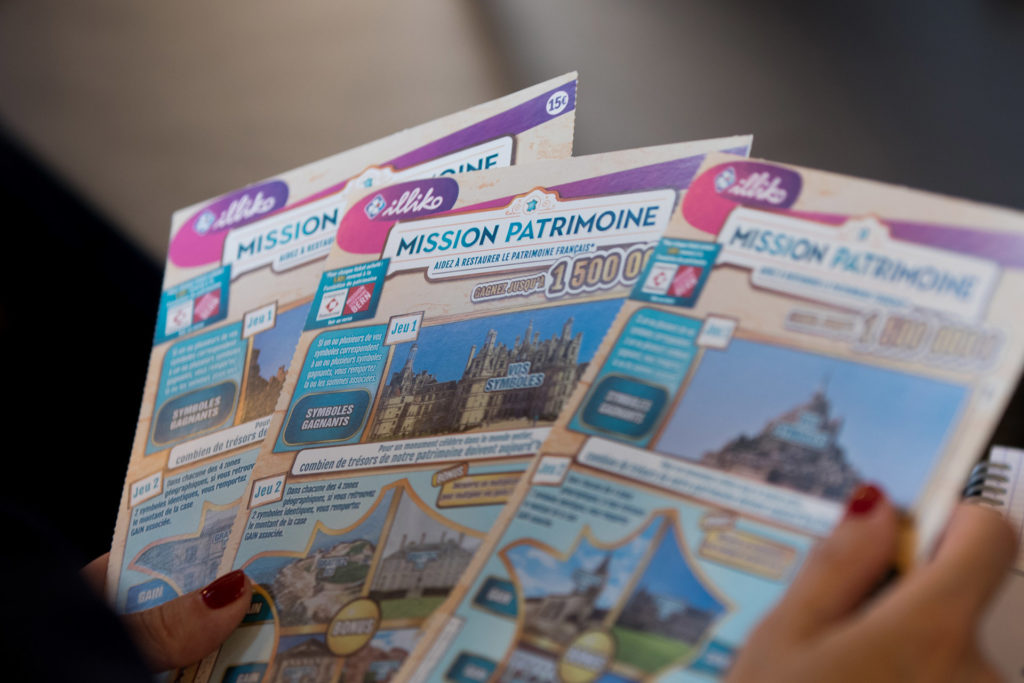 While heritage preservation falls under the responsibility of the Ministry of Culture in the French government, the demands have been outgrowing the budget as old castles continue to crumble and bridges begin to break. The government turned to a privatized partnership two years ago. Here’s what’s happened since.

While the proposition of financing a national lottery was postponed in Parliament for years, the election of President Macron rallied a spirit of change. In 2017, Macron launched Mission Bern and introduced France to privatized heritage preservation.

This sum showed the spirit of the people rallied around their heritage and history. According to Celia Verot, the general director of the Heritage Foundation, the success of the lottery is largely due to the public’s desire to help with heritage preservation than the desire to play the games. Verot plays a critical role in developing heritage resources, patronage and corporate sponsorships, and intervention tools of the Foundation.

« A majority of the people who buy the tickets do it not for winning, but for helping, » Verot said. « So in a sense, it’s a voluntary tax. »

Since Macron and the Ministry of Culture crowd the headlines of news surrounding this new fundraising tactic, it may appear as though the government is stepping up to its responsibility to preserve heritage by creating a project by the people. In addition to generating the funds, citizens can also report heritage sites in need of repair. So far, the number of sites identified has climbed above 3,500. But with the people supporting the entire project, it can also appear as though the government is stepping down from its responsibility to fund heritage preservation.

« Some people say if we put private money on heritage, the state is stepping back, » Verot said. « But no. It’s everybody stepping in. We are adding forces, and it’s more powerful and more thrilling. It creates more pride. »

Pride isn’t the only thing this new lottery created. The first year of the heritage lottery generated 14 million euros of taxes the government collected. While Bern led the cavalry of outcriers over this deal, the taxes were agreed upon by the state, French Games, and the Heritage Foundation. Bern tweeted that it was the state’s responsibility to preserve heritage in the first place, and the state was now profiting from its own heritage campaign. The future of Mission Bern looked shaky, but eventually Bern won the battle. To make reparations for the debacle, the French government extended 21 million euros toward the cause of restoration after the first year.

The taxing tango of privatization continued in 2018 when the government announced its plans to sell 10 billion euros worth of shares in Francaise des Jeux, further privatizing the company, and the government passed the baton of heritage protection to the Heritage Foundation.

The Heritage Foundation is the first private organization in France dedicated to the preservation of heritage. The Foundation is one of the largest influences in restoration, determining with the Ministry of Culture and Stephane Bern which of the 3,500 proposed projects will receive priority. The line of public and private blurs even more as the Heritage Foundation is the only private organization authorized by the Ministry of Economy and Finance to grant a label to a restoration project. This label allows private owners of heritage sites to benefit from tax deductions through what the foundation’s newsletter describes as a « tax mechanism financed by the state. »

This paves the way for one of the largest concerns of privatization: with private organizations come private funds. Large donors, corporate sponsors, and several partners added their influence to heritage protection with this partnership. How much influence? In 2017, 21.1 million euros. The contributions from a handful of sponsors had nearly equaled the contribution from 3 billion citizens playing the lottery games.

According to Verot, this half-private and half-public funding echoes the balance of the Mission Bern partnership itself as a cooperation between the people and the private. But in the seemingly infinite pit of projects, a concern is that the voice of the public who don’t have thousands of dollars to restore a site may not be heard. According to Verot, the key to keeping democracy in the system happens when the public raises their voice at the local level.

« When citizens make some donation–or even a private company gives some money–this will help the state or local authorities decide also to give some subsidies, » Verot said. On the local level of government, Verot stated there is always a local assembly to vote for budgets. The Mission’s funding follows the people and responds to the loudest voices.

While the Heritage Foundation is working toward maintaining democracy in the Mission Bern partnership, Mission Bern is still only two years old. In the future, the Heritage Foundation plans to prepare other innovations that will gather more and more of the public to raise support for French heritage and multiply the participation of the people in this equation of privatized democracy.