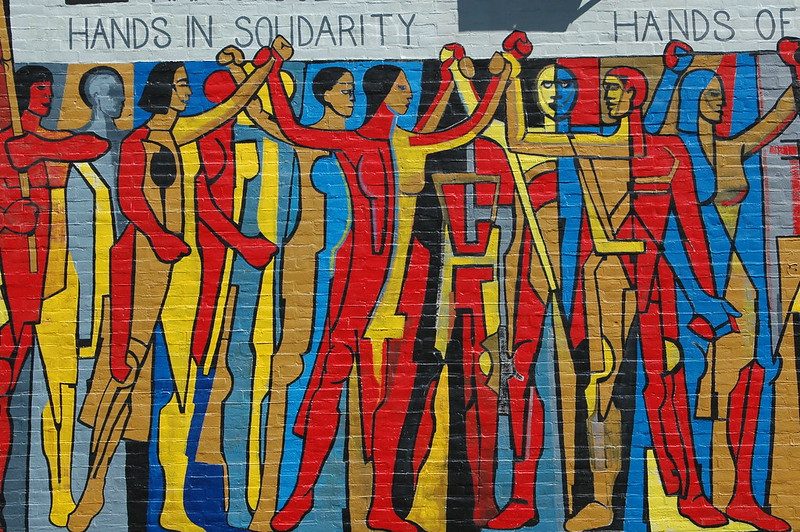 Support for the Arts in US & France during the Pandemic

Due to the eruption of the Coronavirus Pandemic, the art world as we know it has been thrust into a state of uncertainty. Cultural sector employees and creative workers are suffering immensely in both the United States and France from loss of ticket sales. Here are a few initiatives to alleviate some of the medical and overall economic strain for artists.

In a time of a compromising pandemic, France is fortunate to be a nation that offers its citizens universal healthcare. In 2000, the World Health Organization said that overall, France had the best healthcare in the world. They spend more than other wealthy countries on average on healthcare but are still being hit hard with Coronavirus outbreaks. The government in France refunds approximately 70 percent of healthcare costs, for artists and metro operators alike. As of 2017, a trip to the emergency room in France would cost approximately $120. In the United States, you could expect this cost to be inflated ten times, which is why lower-income Americans are more reluctant to seek healthcare, even in emergency cases.

Even with a public healthcare system, hospitals in France were not necessarily prepared for the COVID-19 crisis due to medical staff strikes against budget cuts leading up to the outbreak.

The healthcare system in the United States operates very differently from France, as health insurance is provided by private contractors a majority of the time. This means people have to select and pay for their healthcare, with the exception of a few cases such as Medicare and Medicaid. Medicare is a government subsidy primarily for senior citizens and Medicaid is for citizens with limited resources and income. For people who do not fall into these categories, they essentially receive the coverage and care that they can afford. This deters some Americans from visiting the doctor when needed because they fear that they do not have the financial resources to cover their copay and other medical expenses.

To counteract some of this fear for artists in the United States, a Medical Emergency Grant was created by New York Foundation for the Arts in Collaboration with the Rauschenberg Foundation. The Rauschenberg Emergency Medical Fund will cover up to $5000 worth of “unforeseen” medical expenses, such as those brought by Coronavirus, for artists and choreographers. All artists have to do is be a citizen or permanent resident of the United States and submit an application. The applications are reviewed continuously beginning in early June at the latest.

Medical expenses aside, the stay-at-home mandates, while essential for public health, are financially detrimental for artists, who make a living off of live performances and exhibitions. Artists across the world have spoken out about their financial concerns and some have even created tools to help other struggling artists.

On March 18th, the Ministry of Culture in France responded to artists’ anxiety by distributing emergency aid to those affected by the mass cancellation of events across the country. The given aid totaled about €22 million to artists classified as “intermittent du spectacle,” referring to the seasonal nature of their income. Other sectors that benefit from the emergency government aid include cinema, fine and performing arts, music, and literature. This attempt by the French government to alleviate financial tensions, although, is viewed as insufficient by many artists. Citing that the aid is not proportionate to the losses that will be incurred during the outbreak, cultural artists and employees drafted a letter to the government asking for more assistance.

In the United States, a few cities took action in support of artists and cultural figures, like Boston and Seattle. In Boston, a relief fund for artists affected by Coronavirus was set up. The fund issues $500 and $1000 grants to artists that apply and are deemed eligible. Seattle assigned $1.1 million of government funds to aid those in the cultural sector economically impacted by the pandemic. One million dollars from this is allocated to the creation of an arts and culture investment fund and the remaining is to be used immediately to assist creative workers. Seattle also plans to waive space-rental fees on city-owned property for two months for arts groups.

The Foundation for Contemporary Arts also created a COVID-19 Relief Fund for those whose performances and exhibitions have been canceled. They also have emergency grants for different amounts that visual and performing artists can apply for.

One freelance creative producer created a spreadsheet for freelance workers to track earning losses. Laura Sweeney, the creator, posted the template of her blog for people to download so that freelancers can “be prepared to apply right away if that bailout pot does appear.”

That « bailout » appears to be on its way. On Wednesday, March 25th, the United States Senate passed a $2 trillion economic stimulus deal which now awaits a House vote to go into action. The bill allocates $75 million to the arts, which is much less than the amount requested by arts organizations. The plan does, however, promise to provide loans to small businesses that do not lay off workers, for both for-profits and non-profits. Additionally, $50 million is designated to aid museums and libraries across the country and another $75 million is assigned to the National Endowment for Humanities.

You, too,  can lend a hand to artists struggling at this time. If you have the means, order a print online or download some tracks of smaller artists who will appreciate every small gesture.